The Great Commission Co-Op is a collaborative effort involving the following partner organizations:

Action International is an interdenominational, intercultural organization that serves the poor and vulnerable globally, in partnership with the local church and other organizations. ACTION’s purpose is to exercise and encourage evangelism, discipleship, and (program) development toward the fulfillment of the Great Commission of the Lord Jesus Christ (Matthew 28:18-20)

Over 30 countries, in Asia, Africa, Latin America and Europe.

With priority to unreached people groups, our passion is to see Christ-centered churches established and thriving among all of Africa’s peoples.

In addition, we have Diaspora ministries in various cities in Canada, the United States and Europe.

Avant Ministries is an interdenominational, multinational missionary sending organization that has focused on planting and developing churches in the unreached areas of the world. Avant defines unreached as places where less than two percent of the population is evangelical Christian.

About
Locations
Opportunities
About
The Vision of Christar is to cultivate Christ-honoring transformation in communities where He is yet to be worshiped. Christ-honoring transformation speaks to the process as well as the outcome. In the establishment of indigenous churches, we pursue a Christ-honoring influence on the community at large. As workers who partner with God in His work, we are a part of the transformation process that God is bringing about. God’s promise in Revelation 5:9 is clear. People from every tongue, tribe, people and nation will worship God in eternity. Our vision is to go to those people who are not accounted for in the eternal roll call of nations!
https://www.christar.ca/
Locations

Christar serves predominantly amongst least-reached Hindus, Buddhists, and Muslim people groups. We have teams in Central Asia, South Asia, and Southeast Asia. We serve in Europe amongst the refugees, the Middle East, North and West Africa, and North America.

The sky is the limit, our goal is to see the whole church grow until they can reproduce themselves.

We are a formative community of disciple makers from all professions bringing God’s love to life in the world’s least reached marketplaces.

We believe every follower of Jesus is commissioned to make disciples using their gifts and passions, including:

EFCCM exists to share Jesus and join Him in His work of transforming lives through the power of the gospel.

We endeavor to reach the least-reached peoples in Europe, Asia, Africa and Latin America:

With love and respect, inviting all Muslim peoples to follow Jesus.

We send teams to make disciple-makers in unreached Muslim groups, because even the most uncharted frontiers need Jesus.

Anywhere where Unreached Muslim People groups are found. Primarily in the 50 or so countries with large Muslim populations.

Our focus is in creating growing movements of disciples. However, since most places we work do not issue religious visas, we use business, humanitarian and medical work, as well as education and other creative approaches in order to reach people.

Global Gates Network of Canada exists to connect the least-reached people groups who have come to Canadian gateway cities with Jesus Christ, and through them reach their communities around the world.

We welcome all individuals to explore how God might be converging their calling, passions and abilities with our vision and mission to see God’s Spirit ignite gospel-based disciple-making movements among and through the least-reached people groups living in Canadian gateway cities. Interns, short-term volunteers, bi-vocational long-term volunteers, and full-time workers are invited to explore opportunities like the following:

GEM Canada is part of a global mission to multiply disciples and grow Christ’s Church. We empower and equip Canadians to reach the world through strategic ministry partnerships in Europe.

We offer a variety of opportunities for ministry in 28 countries of Europe but all focused on making disciples and communities of disciples throughout Europe.

We help Christians use their skills to share Jesus’ love in practical, wholistic ways among the peoples of Asia and the Arab world.

We work with you and help you find a role that will fit with your interests, skills, and vocational experiences, to bring tangible hope to people where Jesus is least known.

You won’t be alone in your journey. When you join Interserve, you become part of a team, a community, and a global fellowship.

Our Partners live, work and serve amongst the peoples of North Africa, the Gulf, Central Asia, the Himalayas, South Asia, South East Asia, North Asia, as well as the diaspora communities in Canada.

Operation Mobilization’s role in the Church is to mobilize people to share the knowledge of Jesus and His love with every generation in every nation. OM pioneers and leads initiatives to redeem lives, rebuild communities and restore hope in over 110 countries through strengthening and helping to plant churches, discipleship, and relief and development aid, especially among the least reached.

Operation Mobilization works around the globe in over 110 countries, areas including Africa, Asia, Caribbean, Europe, Latin America, Middle East, North America, Pacific, and on board our ship Logos Hope.

This is God’s mission and you are included, using your gifts and skills to declare His glory among the nations. We have opportunities including:

Heart for Asia. Hope for Billions.

OMF was founded by Hudson Taylor in 1865 as the China Inland Mission, with just £10 and “all the promises of God.” Today we are a global fellowship with a heart for the peoples of East and Southeast Asia. We partner with the church to see individual lives and whole communities redeemed through Jesus. Our vision is to plant churches and nurture believers in ways that equip them to grow God’s kingdom among those around them.

Our work is as diverse as the communities and cities we reach. We plant churches in secular megacities. We run businesses in remote areas. We practice medicine in tribal villages. We train Sunday school teachers in local churches. In every area of life, we aim to present the good news of Jesus in culturally intelligible and relevant ways.

We believe that one life – surrendered to Christ – can make an eternal difference. With many ways and opportunities to serve, build relationships, evangelize, and disciple, how might God use you? Join your story with ours!

We work in 16 countries across East Asia and Southeast Asia, and with East Asian peoples around the world. 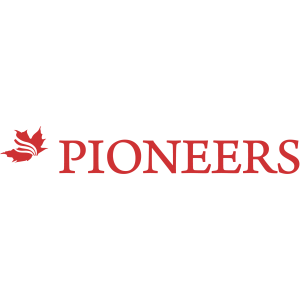 One Life. One Message. One Ambition.

It has always been my ambition to preach the gospel where Christ was not known. – Romans 15:20

We would love to connect with you to talk more! Reach out to us at: info@pioneers.ca

Pioneers is an interdenominational, multicultural movement with 3,000+ members serving on 300+ teams in 100+ countries focusing on bringing the hope of Jesus Christ to least reached peoples around the world.

Our goal is to plant God-glorifying reproducing churches. This is done as servants through evangelism and discipleship, and is often carried out in the context of:

Our mission is to mobilize God’s people and engage the unreached in order to establish reproducing churches.

More than 20 areas in Asia, Europe, Eurasia and North America.

SIM is established in 1893 and has been a catalyst for global missions that goes above in prayer and beyond in care to bring good news to hard places because there are people living and dying without the gospel.

The vision of SIM is to see a witness to Christ’s love where He is least known, disciples of Jesus expressing God’s love in their communities, and Christ-centered churches among all peoples.

SIM has over 4,000 workers worldwide. They come from 60+ different countries and serve in more than 70+ countries in every continent of the world (excluding Antarctica). More information is available at https://www.sim.ca/go-with-sim/.

TEAM, The Evangelical Alliance Mission, began in 1890 as one man’s dream to send 100 missionaries to China. Today, it’s a global missions agency that partners with local churches to send missionaries and plant reproducing churches around the world.

Our missionaries have a passion to go where the most people have the greatest need. They serve through church planting, community development, healthcare, social justice, business as mission and more. But whatever their ministry, each missionary has the same goal: proclaiming the Gospel in word and deed.

Today, more than 575 TEAM missionaries serve in more than 35 countries.

While TEAM focuses mainly on church planting work, there are also opportunities in medical, teaching, and other professional areas. We welcome interns and facilitate short term (up to 1 year), mid-term (1-2 years), and long term ministry (3+ years).

WEC International (Worldwide Evangelization for Christ) is a multicultural, interdenominational mission agency. WEC’s goal is to take the gospel of Jesus Christ to the least-evangelized peoples of the world so that people come to a living faith in Jesus Christ, to disciple these believers and see churches established that will in turn make disciples in their communities and beyond.

WEC works on all continents in over 80 countries.

World Team is a global, non-denominational mission agency that equips and sends church planting teams to serve unreached people groups. We respond to the work of God’s grace in our lives by proclaiming the gospel of hope in word and deed. We seek to bring lasting spiritual and physical healing to individuals and the communities in which we live.

From the start, we aim to equip local believers to become the leaders of new churches, with a vision of seeing each one reach out and multiply. We provide ongoing leadership mentoring and training, especially in areas where the church may be young and facing rapid social and economic changes.

Today, World Team has more than 350 workers serving in 28 countries across the Americas, Africa, Europe, Asia, and Australia. Our passion is making disciples among unreached people groups and bringing them into community so that churches are planting churches until all nations have been reached.

As a World Team missionary, you will work alongside others who share your passion for making disciples and establishing growing, vibrant churches that can multiply in the least-reached places.Whether you are discovering your fit in missions or interested in joining a team, World Team has hundreds of ministry opportunities to explore, including:

Our Mission: A world where translated Scriptures lead to transformed lives among people of all languages.

The Bible is God’s Word: powerful, inspired and life-transforming. Through the translated Scriptures people can encounter God in their own language, and the whole community flourishes as they access opportunities for development. But 1 in 5 people do not have God’s Word in a language and form they best understand. That’s why Wycliffe Canada partners with the Canadian church to translate the Bible for minority language groups worldwide.

Worldwide. With nearly 500 staff and volunteers serving in Canada and overseas, Wycliffe Canada is directly involved in Scripture-related activities for 237 language groups in 41 countries. Additionally, we partner with Canadians to fund 18 language projects around the world.